Gorongosa National Park sits on over 4,000 square kilometers at the southern end of the Great Rift Valley in the heart of Mozambique. This “Serengeti of the south” is a complex ecosystem home to an extraordinary diversity of plants and animals. Critical to its health, the park has adopted a modern conservation model of balancing the needs of wildlife and people through conservation, community, science and sustainable tourism.

Dominique Gonçalves is one of the people leading this vital program. As manager of the park’s Elephant Ecology Project, she tracks nearly 500 majestic African elephants that roam the park, investigating their movements and range expansion. Just as important, she monitors human-elephant conflict in the buffer zone surrounding the park. At certain times of the year resources are especially scarce, bringing elephants and people into conflict. Hungry elephants sometimes move into human cropland to feed, destroying the year’s harvest, and with it, the money that would have gone to essentials such as education and health care.

“It is tough for a father to see all his work destroyed in one night,” she says.

Elephants once freely roamed around Gorongosa and the surrounding area with limited human intervention, but a 15-year civil war in Mozambique decimated both the human and animal populations. Over one million people died and Gorongosa’s elephant population was slaughtered for food and ivory to support the war. Their numbers plummeted from just over 2,500 in 1972 to about 300 three decades later.

“These are survivors,” Dominique says of the elephants living in Gorongosa today. “These are the ones who saw their families being slaughtered. Of course they are traumatized. They do not tolerate vehicles and our presence that well.”

Despite this troubled history, Dominique is confident that elephants and humans will be able to peacefully coexist into the future.

“Coexistence takes time. It takes people to understand and it also takes elephants to understand,” she says. “I think the biggest thing that connects me with elephants is their empathy, their sense of place and family, it's very strong. They do anything to protect their family, especially the matriarchs and the females. They feel for the ones that are not there anymore. And they're able to forgive, maybe forget. It might take time, but they're able to do that, even when humans have done so many bad things to them. They're capable of restarting and reconnecting. That's the thing that is really special.” The African Elephant population is currently increasing thanks to conservation efforts like Dominique’s.
Learn more

You can make a difference in our world and help conserve and protect at-risk animals.

More about this Explorer 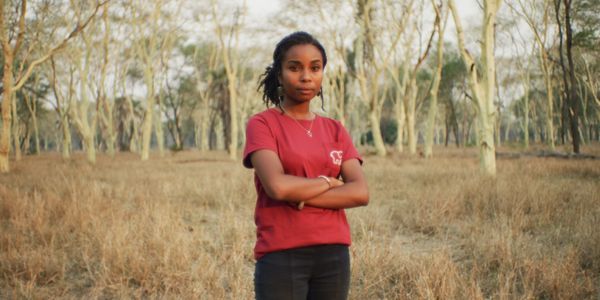 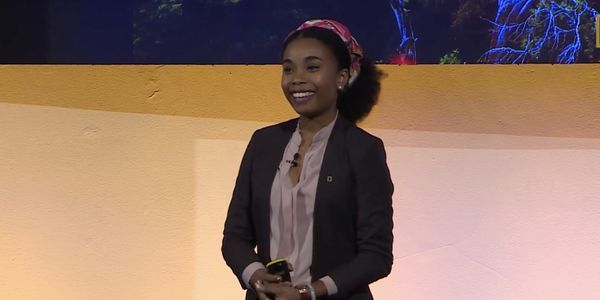